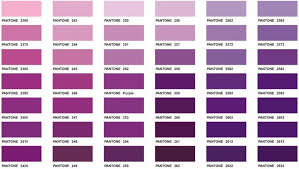 Was it just me, or was 2018 one of those years?  You know, when the days on the calendar keep turning, but the world doesn’t…

Well, not for me anyway. I spent most of last year feeling like a spectator in my own (personal) life.  Watching things unfold from the sidelines.  I mean…nothing majorly bad happened, but then nothing spectacularly good occurred either.  If I coloured in last year, it would be…erm, mostly beige.

For a monkey mind like me, this is not actually a great state of affairs. If wine is not involved, time spent mulling produces spiky notes instead of spicy ones.  And beige is certainly not my shade of choice!

I’ve decided that this year, I am holding the palette and the pens!  Monochrome may be the filter through which I observe life, the universe and everything, but in my heart I most certainly am a purple girl. Exciting times? Colour those days scarlet…Fun with friends? Those would be mauve. Happiness? Violet, of course!

Days may be numbers, but in 2019 days of beige are most certainly numbered. My inner crayons are not for sharing with people who love blandness. You have been warned!

A few years ago, I wrote a post called The Year of Living Dangerously – about using the New Year to live fully in the moment, and to dispense with things that no longer served me.  What I did not know at the time was that 2015 would be the year I met The Belgian and began to write my own happy ever after.

Three years later, it’s been a fairy tale with it’s own peculiar array of villains and heroes. We’ve had the best of times, and we’ve had the worst of times, which is why as this New Year begins, I was tempted to call this blog The Year of Living Sensibly…

A few days before Christmas, I had a high-speed blow-out in my car, lost control of the vehicle and ended up trapped against the central reservation – in the fast lane!   Clearly not the sort of dangerous living I’d recommend!  Luckily for me the emergency services arrived in time. Luckily for me, no one else was involved and I walked away with minor injuries.  It was a sobering experience.

It’s made me reflect that perhaps the universe isn’t quite finished with me yet…and that if I am to set a New Year’s manifesto for 2018, it has to be about courage and commitment.  Being brave enough to make the life changes I need, and showing up as a fully fledged grown up – and I don’t just mean with my hair brushed and my laces tied!

The reality is that no matter how magic the fairy tale ending, Cinderella still needs to do the dishes, Snow White has to deal with her wicked stepchildren and Prince Charming steals the duvet and farts in public. Yes, really!  Adult is the only antidote here.

So here are my resolutions for the New Year. In 2018, being grown up will be about striking a balance between acceptance –  not wasting energy on things I cannot change – and ownership, which means taking mindful charge of my goals, setting firm emotional and spiritual boundaries and putting my well-being first.  Dishes or not!

Happy New Year. May 2018 bring you a sprinkling of fairy dust.