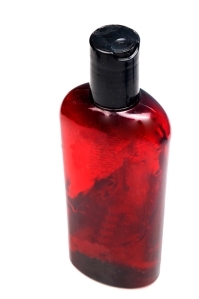 Ever get deja vu?  Feeling that you know what happens next because you’ve been here before?  Or as in my case, deja-poo? The point at which you notice it’s the same old crap makings it’s debut – complete with the same old feelings.   Knowing that you’ve hit the exact moment where the stuff you suppress, floats to the surface like a rotting corpse. ‘Out, damned spot…! ‘as Lady MacBeth would say.

Facebook has a nifty (or not so nifty) feature which prompts you with memories of a year…or three…or five ago.  There are days when I can look back on these reminders and smile, and others (like today) where I still remember how I felt and how I actually was when I wrote those posts.  In any event, today’s musings were not prompted by carefully curated social media posts, they were prompted by a paperwork spring clean. Rinse, repeat!  Tidiness is probably next to holiness in my own particular dictionary of karma, but that is the story for another blog.

So back to the past-present-past. In 2009, the wheels fell off for me.  In a serious way.  House, heart, health and work were tanking. My immediate family were far away, and being isolated in thought and location, I was able to hide from most of my close friends just how hideous life had become for me.  Cue more carefully curated social media posts!  As if this wasn’t enough of a ‘growth experience’, my soul was sinking silently into the murk of long and very deep despair. If I could have washed it all away, I would have.  Rinse, repeat! My recovery was just as long, but eventually the bad times became bad memories which faded as the good stuff started coming back.

Fast forward to 2017.  Today.  I’m in a study, where I’m renting space, sorting out (and shredding) paperwork as part of my ‘the girl who finally got her sh*t together’ self-improvement project. And then…it happens… I turn to a file which is full of paperwork from 2009. It’s pretty annoying when the universe bops you upside your head, even more annoying when you suddenly realise that this is going to keep happening unless you let the genie out of the bottle, and deal with the deja vu. Again.

I felt my tears begin as suddenly I was taken right back to the person I was at that time.  I felt my fear rise at the thought that I never want this to happen ever again, even though I’m terrified it might. I felt angry that I hadn’t dealt with it sufficiently to make it go away and that current circumstances were triggering all sorts of renewed negative charges inside me. Rinse, repeat! Rinse, repeat!

I was reminded that emotions are just that. Emotions.  It’s our feelings about those emotions that give them context and power. Negative or positive. You may not be able to wash them away with soul soap, but you can distance yourself from the feeling by acknowledging the emotion.  So I did.  I sat looking at the papers and just let myself feel the anger, the hurt and the fear.  And then I wiped my cheeks, and shredded the file.

Rinse, do not repeat! I feel lighter and cleaner somehow. So much that I was actually able to hit my blog and write it all down, something which has not happened in a while.  It’s been a day for soul expansion and growth. And for that I’m grateful.